Abusers often use email, social media and cellphones to victimize their partners and monitor their movements. Because of the coronavirus pandemic, attorneys and courts are finding new ways to use technology to keep victims safe.

Teresa Sullivan, a supervisory attorney with Legal Aid Chicago, which represents domestic violence survivors, says that one of the biggest challenges is how to provide remote services to clients at a time when their abusers may be using the virus as a justification for isolating them.

“We anticipate there being escalations and violence and we are trying to make ourselves as available as possible while working remotely to our current clients,” Sullivan says. “We also have an intake line still open, and we are exploring the possibility of setting up some remote services for people who are accessing the courthouses for the first time.”

Sullivan says that she hasn’t been to court since March 16 and says the group’s staff are working from home to secure emergency court orders via phone and email. Sullivan hopes that courts will make use of technology such as videoconferencing to make it easier for victims and their attorneys to quickly resolve their cases. She notes that even under normal circumstances clients sometimes have to miss work to show up for status hearings.

“I would hope that this would launch a kind of new era of representation in which we can do those kinds of brief check-ins over video conference, over email, over teleconference. That would then free up more of our time to do the other work that we need to do to serve our clients,” Sullivan says.

While several states are ordering Americans to shelter in place for their own safety, survivors and victims of domestic violence face the prospect of being confined at home with their abusers, who may have lost their jobs or be working from home. That could add stressors that lead to violence, overwhelming the justice system, advocacy groups, domestic violence hotlines and shelters.

Hotlines as a first line of defense

Social distancing means that domestic violence hotlines have had to work out how to continue to provide services outside of call centers. Katie Ray-Jones, chief executive officer of the National Domestic Violence Hotline, says that it has adopted internet telephony services to reroute calls so that its staff can work from home.

“We moved our entire operation to remote status without a decrease in operations, which was a brilliant, logistical feat that our team pulled off,” Ray-Jones says.

She notes that the hotline is continuing to make use of social media and the news as a way of getting information out to survivors and victims in an unobtrusive way.

“This is an opportunity for them to not look like they’re seeking help, but the information is just there for the general public. We’re also imploring friends, family, neighbors, colleagues to contact the hotline,” she says.

Jonathan Verk, the founder and creator of the tech company Hyphenus, is critical of the courts’ response to the crisis and says that it’s clear that the justice system is lagging behind the current technology.

“They are not using the full spectrum of tools at their disposal and that is a shame,” Verk says.

Along with retired California Judge Sherrill Ellsworth, he created an app called CoParenter, a platform that can help divorced parents, including domestic violence survivors, connect with their ex-partners in a safe and non-confrontational way. The platform is already used in domestic violence cases in a state court in Bonner County in Northern Idaho. Verk plans to release an another app called PeacefulContact that will exclusively help domestic violence victims.

A September 2018 survey by the National Network to End Domestic Violence found that abusers frequently use social media, text messaging, email and computers to monitor and harass their victims. Ellsworth said in an article for the Resource Center on Domestic Violence that CoParenter and other apps can create “peaceful contact” in relationships were abusers and survivors share children.

“In domestic violence cases where courts are ordering visitation between children and an abusive parent, and contact between the co-parents is not prohibited by the court, apps and other technology may add a layer of distance and safety that was not available previously,” Ellsworth wrote.

Because of the pandemic, shelters could quickly fill to capacity, victims and survivors may not have access to the facilities that they need, and shelters may stop new intakes. Victims could be afraid to enter shelters for fear of contracting or spreading the virus. The elderly are thought to be particularly vulnerable and may be at risk if they are placed in a shelter.

Melanie MacBride, a managing attorney with the Legal Aid Society in Chicago, says she recently consulted with an attorney who was talking about placing an elderly client, who is currently staying at a church, in a shelter.

“Is she actually going to be better off in a shelter where there’s lots of people than she is in this church where there’s not really anybody right now? It’s not as nice of an accommodation but it is potentially safer,” MacBride says.

Gretta Gardner is deputy director of Ujima: The National Center on Violence Against Women in the Black Community and a liaison for the ABA Commission on Domestic and Sexual Violence. She says that many shelter workers are domestic violence survivors themselves, working for an hourly wage and trying to rebuild their lives.

It might be difficult to make up lost income if the shelter employees can’t show up for work, Gardner says.

“How are they putting themselves at risk by not working? A lot of survivors who do this work may be still in hiding or maybe living with their abuser but are trying to make it on their own,” Gardner says.

MacBride notes that for many domestic violence survivors, their first step before going into a shelter is to seek refuge with a family member. She said that the “scariest thing” is that the crisis will deprive victims of that option.

“This crisis dramatically impacts their ability to get safe and stay safe,” MacBride says. “If you’ve got a bunch of kids who’ve been in school who potentially could be carriers of the virus, you’re not going to go stay at your mom’s house, because your mom is older and has preexisting health conditions, and you’re worried that the kids are going to give her something.”

COVID-19 is delaying criminal and civil matters, including domestic violence cases. In New York state, a coronavirus hotspot, the courts are still open for essential business, which includes temporary orders of protection in domestic violence matters.

Legal Aid Chicago will continue to assist clients in getting emergency orders, says Sullivan. For the moment, Cook County courts in Illinois are closed until mid-April. But there is an exception for domestic violence victims seeking emergency orders.

Clients could be vulnerable because of the financial strain that many Americans are feeling and its capacity to create tension and violence, she adds. Before the outbreak, her clients might have been able to access group or individual therapy and support groups. Even if those groups are adapting to the crisis, it might still be difficult for victims and survivors to make use of them.

“I wonder if it will be possible for our clients to take advantage of the domestic violence service agencies, if they are in the same house as their abuser and can’t find somewhere private or safe to be,” Sullivan says 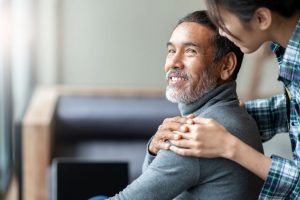 Will my kids be responsible for my debt after my death? 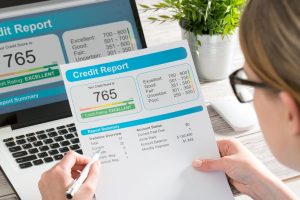 Does Bankruptcy Affect my Credit? 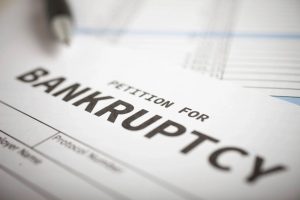 Drop us a line!

As an elder law and estate planning firm, we help families prepare for the rising costs of long-term care and qualify for government benefits like Medicaid.